The Aristos Ventures team is led by Felipe Mendoza and is supported by the extended team of Venture Partners, comprised of entrepreneurs and seasoned investors in Texas, and the Investment Committee, consisting of experienced venture capital investors. Felipe, along with the extended team, supports the firm in making investment and other strategic decisions. They also have been active in the development of start-up and large companies, both internally and externally, and have experience ranging from engineering to CxO positions. Accordingly, the complete team can support lean early-stage needs with their experience in product development, recruiting, marketing, engineering, operations, finance, sales, and exits. 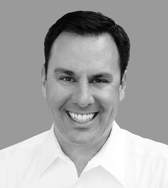 Felipe has a diverse background having been involved in all facets of the early stage capital experience – from employment at technology start-ups to venture capital funds. He has firsthand experience as an engineer in helping to grow a successful venture backed startup, Monterey Networks, from an early stage company until its acquisition by Cisco Systems for $501 million in 1999.

Felipe received an MBA from Southern Methodist University and a Bachelor of Science in Mechanical Engineering from Texas Tech University. He is a frequent guest speaker at SMU and has been the industry mentor for the SMU Business Plan Competition since 2008. He holds 6 patents.
LinkedIn  Twitter

Investment Committee:  Consists of Felipe Mendoza and the following individuals:
Jon Bayless - Jon was part of the original team that began the Sevin Rosen franchise and is considered one of the venture industry’s most successful investors of all time. Over the past 30 years, he has established an exceptional track record of marquis exits with outsized returns, including Landmark Graphics, Informed Access (sold to Access Health/HBO), Lightspeed Systems (Cisco), IPMobile (Cisco), Monterey Networks (Cisco), and CIENA. Jon currently sits on the boards of several of Sevin Rosen’s most promising portfolio companies, including GENBAND, Xtera, Extenet, WaveBender, and Vidyo. Jon served on the board of the National Venture Capital Association from 1997 to 2001.  LinkedIn
Jack Furst - Jack D. Furst is a distinguished private equity investor. He manages his own capital making investments in real estate, oil and gas, fixed income securities and public and private equities.  Jack is an Adjunct Professor at The University of North Texas and The University of Texas at Dallas (the Harvards of the Southwest) where he teaches finance and investments.  He has over 33 years of private investment experience completing over $75 billion in transactions which resulted in attractive returns for investors.   Jack was a founding Partner in HM Capital Partners (formally Hicks, Muse, Tate & Furst Incorporated).  The Firm, established in 1989, specialized in private investments of companies primarily serving the energy, financial services, food, manufacturing and media sectors of the economy.  Prior to founding HM Capital, he was a partner at Hicks & Haas Incorporated (a private investment firm) from 1987 to 1989.  From 1984 to 1986, he was a merger and acquisition/corporate finance specialist for The First Boston Corporation in New York.  Before joining First Boston, Jack was a financial consultant at Price Waterhouse in Phoenix.  He received his BS degree with honors from the College of Business Administration at Arizona State University and his MBA degree with honors from the Graduate School of Business at The University of Texas at Austin.
John Jaggers - John joined Sevin Rosen Funds in 1988 and serves as the firm's managing general partner. His investment interest is on software-based products and services delivered across a broad range of industries, including healthcare, energy and financial services. Since 1993, John also has acted as the firm's administrative general partner, responsible for the financial, legal and administrative details of the firm's operations and portfolio investments. John currently sits on the boards of Capstone Turbine Corp., a public micro-turbine manufacturer; FourthWall Media; and Market6. In addition, John is a trustee at Rice University in Houston and serves on the boards of the Dallas Museum of Nature and Science and Entrepreneurs for North Texas. From 2006 to 2010, he also served on the board of the National Venture Capital Association. John holds a BA and a master's degree in electrical engineering from Rice and an MBA from Harvard University.  LinkedIn
Alan Pierce - Alan has been the Chief Investment Officer of the Wright Family Office, Inc, since 2005.   As such, Alan manages a portfolio of public and private securities, including an eclectic mix of direct investments.  Alan came out of investment banking, where he focused principally on M&A transactions.  He received his undergraduate degree from Washington & Lee University and his JD and MBA from The University of Texas at Austin.  LinkedIn
Michael Segrest - Michael joined Silver Creek Ventures in 1991 and has helped the firm manage five venture funds, with over seventy-five portfolio company investments spread over those 20+ years.  Michael has actively worked with over twenty-five of those portfolio companies, including MetroPCS and NetSocket, helping them realize their goals of becoming successful startup companies. As a general partner for the Firm, Mr. Segrest has focused his investment activities on information technologies, particularly in the areas of security, networking, and services.  Prior to Silver Creek, Mr. Segrest served as a principal for a merchant banking firm specializing in the communications industries. Mr. Segrest received his undergraduate degree from The University of Texas at Austin in the ERB program (Electrical Engineering option) and his MBA in Finance from The University of Texas at Austin.  LinkedIn
Investment Committee Emeritus:
Bob McTeer - Bob is best known for his 36-year career with the Federal Reserve System, including almost 14 years as President of the Federal Reserve Bank of Dallas and member of the Federal Open Market Committee (FOMC). As a Fed policymaker, Bob gained a national reputation as an independent voice, dissenting from the Alan Greenspan majority twice in 1999 and once in 2002. Bob has also served for two years as Chancellor of the Texas A&M University System. Bob received his Ph.D. in Economics from the University of Georgia with a National Defense Education Act fellowship.  He currently is economic advisor to Commerce Street Capital and Protiviti, Inc. and serves on the boards of Westwood Holdings, Beal Bank, Refocus Group and Aquinas Companies.  Bob is a CNBC contributor and also has appeared on CNN, Fox Business channel, Bloomberg TV and Bloomberg Radio, among others.  Wikipedia
Venture Partners:  Assisting the firm are investors and entrepreneurs who share our commitment to early stage companies.  These Venture Partners bring deep domain expertise to help deliver impact to our portfolio companies.  Not only do they refer companies to Aristos Ventures, but can work with the portfolio companies post-investment.